How does an all expenses week in Fiji sound to you?

The instant thought of cocktails on the beach, awesome sunsets, strolling around palm-fringed islands, fun Kava filled evenings with the locals is pretty hard to say no to.

This year we were invited by a regular client to join their executive team on their Asian-Pacific conference, which was, at first, pretty exciting, especially when they put us up in a 5-star hotel on the beach in a deluxe room.

Ahhhh. what dreams are made of…

Do you need some HELP with your team? Talk to XL

The reality was very different…

Imagine your worst overseas holiday, combine it with a bad family dinner where the in-laws get drunk and obnoxious, then mix that with the panic when your child gets very ill and turns blue in the face!

Our week in Fiji, facilitating a series of executive team building activities turned into what we one delegate described as Nightmare on Elm Street meets the Boardroom!

Let’s just say that the lure of a beach conference was a little too much for some delegates, throw in the free-flowing cocktails, then add some low-risk water activities and a boat driver keen to impress his clients by going faster when egged on to ‘give it some gas’. The low-risk water activities soon turned into VERY high-risk behaviour, and of course, someone gets hurt. Not too seriously though, just enough to give everyone a reality check, start a pretty impressive screaming match on the beach, and kick off a massive clash of personalities that almost ruined the whole conference.

Let me clarify, this all happened on the first day of the 5-day conference. Our team building activities and break out sessions were scheduled for the next day, so we hadn’t even begun challenging the group yet!

As it turned out, this executive group had a simmering pile of unresolved conflicts, personality clashes and some past resentment from an earlier incident years prior.

The first days ‘salubrious mishaps’ were just the tipping point for a number of the delegates, and it soon turned into a free pour of emotions, bad sentiment, and ill feeling. 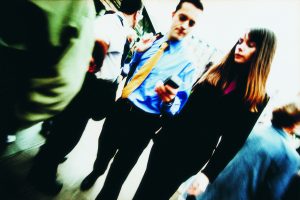 Suffice to say, the first team building session was anything but friendly and jovial… it was TENSE.

Experience told us we needed approach the sessions differently, address the situation as adults, change up our delivery and facilitation styles, and focus on walking away from the five-day conference with our heads held high – all of us!

Our approach was to openly communicate to the team that this is a proactive team session to find solutions to the team can move forward. We had to make it very clear the group discussion is about honesty, openness, and fairness.

This enabled us to drill down into each team members 3 top issues with the other team members, highlighting, discussing and then receiving feedback from each and every other person on the team. This approach worked a treat.

Everyone felt they had a platform to discuss their issues, and the open forum style discussion gave everyone a safe position from which to air their grievances.

It got heated at times, there were tears, some were embarrassed by their behaviour, however, the biggest thing to come out of the sessions was that each team member was unaware that their actions and behaviour had such a negative effect on other team members.

Suffice to say, we did get to enjoy some Kava with the locals, stroll around the island and watch the sunset before we left Fiji. However, we were left wondering if the team would have left the conference as focused and resolute as they did, if they hadn’t had the blow up on the first day, and participated in the original team building activities we had planned. Probably Not!

I think the motto for this trip was

‘Conflict in a team is OK… when there is a level of Trust in the team.

Conflict with Trust promotes a debate. Debates are Good.

However, Conflict without Trust is a crap shoot! Crapshoots are Bad!

If you would like some easy to implement activities to enjoy with your team, give us a call. Or contact us and ask for some inspiration and we will email them out to you for free!